Skip to content
Date: March 23, 2017Author: Simon 6 Comments
WE’VE MOVED TO ‘THE FRAGMENTED FLANEUR‘ VERY MUCH LOOKING FORWARD TO SEEING YOU OVER THERE. STILL THE SAME GREAT CONTENT, JUST UNDER A NEW NAME. CHEERS! You’ve got to be pretty fucking good to bring out an album called ‘Kick Out The Jams’ and get away with it. Either that or have some serious fucking front! Well the fact is that if this album wasn’t any good you wouldn’t be hearing about it from me, and in actual fact its pretty fucking ace! I only came across Cosmic Fall on a recent visit to Berlin and was introduced to the band’s debut, ‘First Fall’, by Olaf over at White Dwarf Rock records; and I was totally sold on the first track alone. I was then gutted to hear the band were playing locally that night and I already had other plans. Hopefully next time! 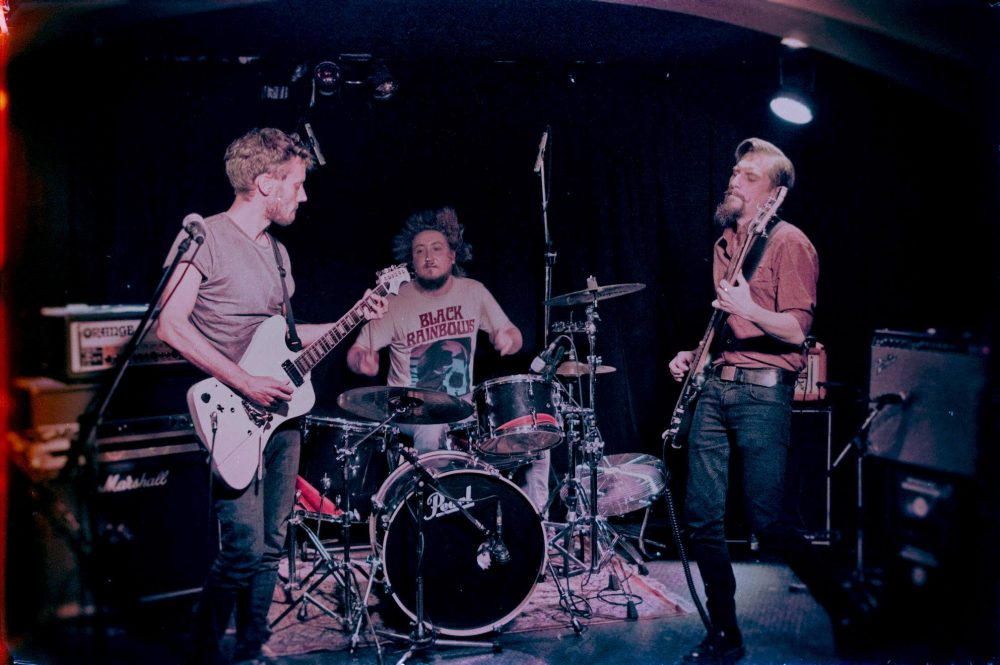 Anyway enough of this, Cosmic Fall now have their second album out, and, as I’ve already mentioned, its a humdinger! Building on the debut this is a very assured release that I hope will win the band a wider hearing. This is a ninety minute album of heavy jams which really takes you of into the furthest dimensions of the psych universe. Each track pushes you further and further out, and deeper and deeper into a headspace that makes you forget about what’s going on around you as you dissolve into the music. At the end of it you really wonder where that time went as you are lost in the, at times, blues guitar, stoner riffs, funky bass-laden sections and drum-driven beats. All of the tracks here, there is just one under ten minutes, take on complete lives of their own and yet the sum of them is somehow greater than their individual parts; as each builds on what went on before… in my mind at least. I think this is because the jazz-like improvisations on this album somehow make the listener more alive to what the band are doing and you get accustomed, over the course of the ninety minutes, to look out for the ebb and flow of the tracks. This, for me, is where the space rock element of the band’s music comes in as Cosmic Fall take you on a series of sonic journeys that are heavy, soooo fucking heavy, yet are but no means dense and oppressive. If this is space rock it is space rock that flies with a certain nimbleness… not the heavy cruiser of Blown Out, but a deft destroyer. There is an openness and space to this music that you feel could go on forever without wearing you down. Cosmic Fall were one of those bands I knew I liked from the first few bars of the first track I heard. Now with this second album they have proved my initial impression of them. Actually they’ve exceeded it, because this band are every bit as good as some other trios I could mention, such as Zone Six/ Electric Moon, Earthless, and Black Bombaim. In short I would recommend you check out Daniel (Drums), Mathias (Guitar), Klaus (Bass) at your earliest opportunity because you ain’t going to be disappointed with how these guys kick out their jams! Updates: The album made my half year ‘essential list here. Cosmic Fall are now playing with a new guitarist (Marcin Morawski), check out their new stuff here. Former guitarist Mathias Rosmann is now releasing music as Sleeping Pandora (check out his bandcamp here).

‘Kick Out The Jams’ was released on CD back in March, and is now available on vinyl from Clostridium Records here. The release details are:

6 thoughts on “Album Review: Kick Out The Jams by Cosmic Fall”