Skip to content
Date: November 14, 2017Author: Simon 1 Comment
WE’VE MOVED TO ‘THE FRAGMENTED FLANEUR‘ VERY MUCH LOOKING FORWARD TO SEEING YOU OVER THERE. STILL THE SAME GREAT CONTENT, JUST UNDER A NEW NAME. CHEERS! I chose these four albums to review together because, for me, put together they make for a fantastic evening of listening pleasure. It’s nothing I want to overstate, but I did find that one somehow leads on nicely from the other. Then, by the end of this mammoth monster session, though, you find yourself a long way from where you started and wonder just how you got there while in the meantime will have experiences a history of wonderful music in cacophony in a totally good way… try it, what have you got to lose? No Waves, Just Sharks by The Mad Doctors 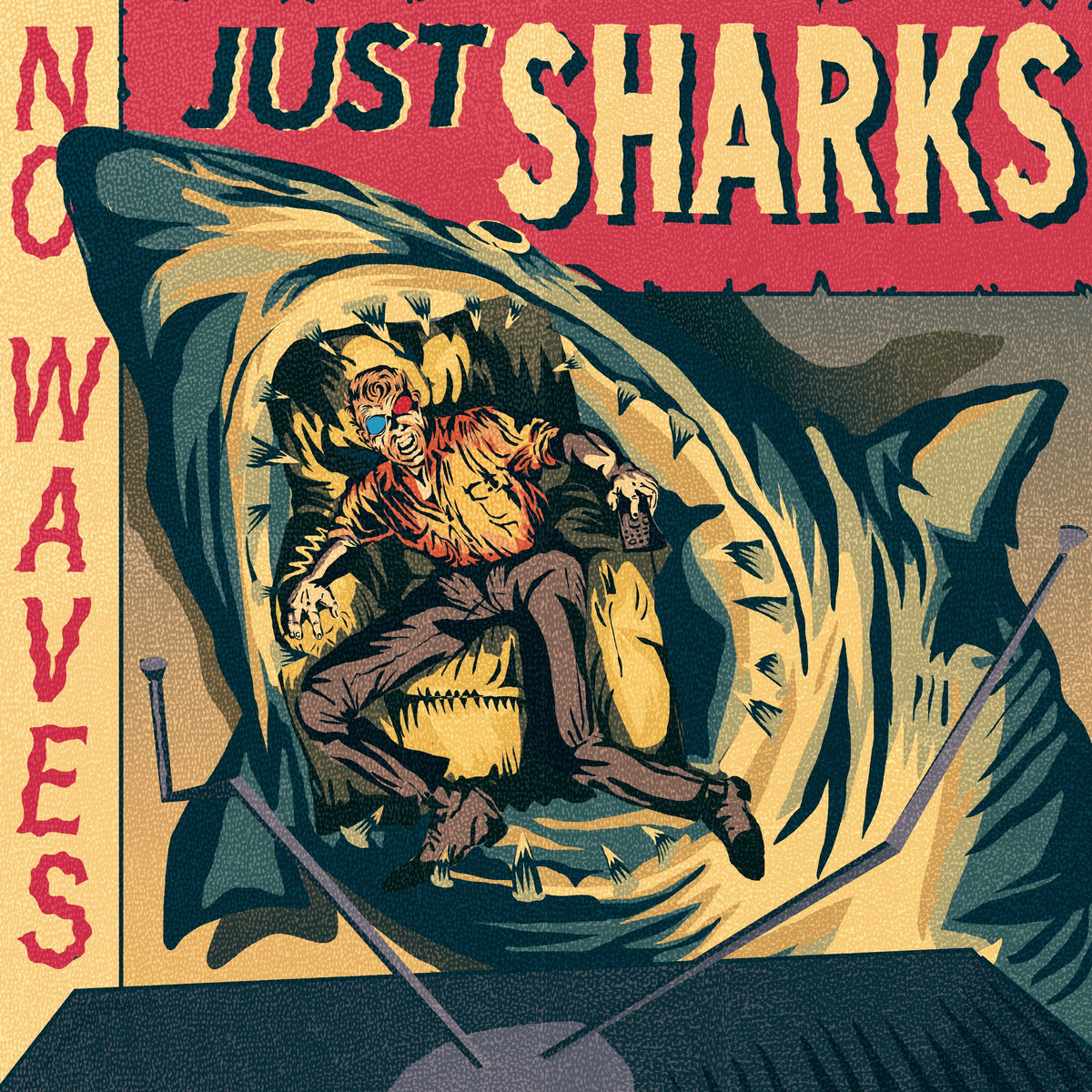 The Mad Doctors are a trio from Brooklyn who describe themselves as:

Three bearded, lab-coated creeps strung out on a dumpster beach, hi-fiving the sun. Two parts fuzz, one part reverb, and a jigger of formaldehyde.

In a sense that’s my job done because that pretty much sums them up. This is one of those albums the hits you as soon as you hear it. Opening track ‘The Ballad of Sort Dad’ whizzes away with a huge fuzzed up riff, with a smattering of surf thrown in… the sort of surf you’d imagine washing up the Hudson, serious and sassy. From there the tunes just keep on coming. By standards of what I normally cover ‘Springwater Supper Wizard’ is a clear and cogent track full of melody, but with the veiled guitar effects making their presence felt from the background. There’s no sense that these guys are one trick doctors though. ‘Shit Hawks at Blood Beach’ sees reverb take the front seat underneath a more spoken word approach, fucked up and sinister. ‘Lord of Garbage’ showcases the band’s influence from the likes of Lard, with an ace punk feel to it; while ‘Justin’s A Cop’ is brilliantly bonkers adding acid soaked sixties riffs with Damned vocals… probably my favourite track on the album. But in reality wherever you alight on this record you’re in for a great ride… a tour of the seedier side of music from the last fifty years… light up and give it a spin! Available from King Pizza Records. Thunderbolt of Flaming Wisdom by Plastic Crimewave Syndicate

Like The Mad Doctors, this album from Plastic Crimewave Syndicate kicks ass from the opening few bars. Blink and you’re already on the fucked up sax of the Bruce Lamont (guest musician from Brain Tentacles) show blasting away to the centre of your mind and dispensing its brilliantly mad knowledge direct into your brain. Rarely was an album more weirdly yet perfectly titled, because this is a total thunderbolt of an album that is as relentless as it is brilliant. This is another record that is just drenched with influences from the sixties to the present day, there’s the proto-punk garage of The Stooges, notably in opener ‘Ghost of Dread Reaction’; a darker krautrock vibe in ‘Future to the Ancients’ that breaks out into some unholy jammed-up sonic fuckathon which threatens to get totally out of control but just, JUST, keeps it together. ‘Wasted All The Time’ takes the Chicago trio off in another, albeit related, direction with a slower track which doesn’t sacrifice the heaviness and gradually ramps it up into another mashed up melange that just keeps to the right side of cogency. Then there’s ‘Vast Beyond’ which starts at such a high point that you really wonder where it’s going to go… The answer is not very far, but plies it’s groove relentlessly to the point that you realise that you’re unlikely to get out of it in a hurry. This is an absolute blinder of an album that hit me hard when I first heard it and has just kept on giving… expect to read about it again when the end of year lists are being bandied about. Available now from Cardinal Fuzz. Cosmic Curios by The Band Whose Name Is A Symbol 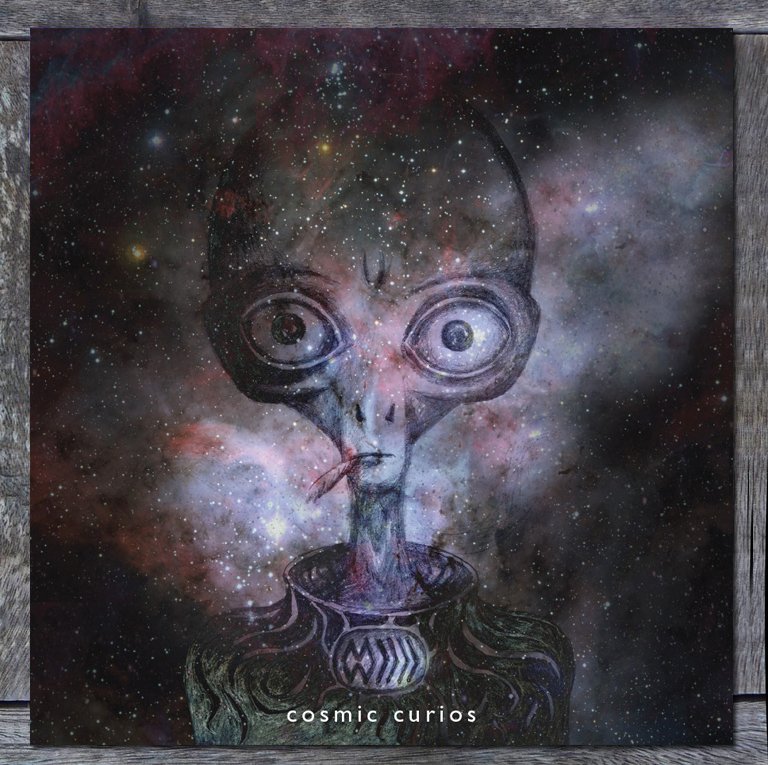 OK so there’s a theme developing here. Bands who wear their influences on their sleeves and albums that bang out a statement of intent at the start and just keep on going. Regular readers will know that The Band Whose Name is a Symbol (TBWNIAS) have form here, and this latest slab of scuzzy shitstorms is no exception. ‘Cosmic Curios’ is effectively a raid on the massive sonic vault that is the TBWNIAS archive. The Canadian collective rightly records nearly everything they do because there really is something cosmic that happens whenever they get together, and here this ranges from the dirty punk/ rock of ‘NST 2009’ through the sublime Eastern/ Jazz/ Kraut influences of ‘Eastern Teutonic Curfew’ to the experimental noise of ‘Sastrugi’. As always you’re left breathless trying to keep up with what these guys are just putting out through their instruments channeling over half a century of rock music into a series of improvisations that emphasise the breadth of music that they can put out, while at the same time imposing some sort of TBWNIAS stamp on the proceedings. Don’t be fooled into thinking that this is an album of outtakes, it’s not. What it is is proof that somewhere in the basement of an Ottawa record store there is some sort of bottomless cosmic well from which is drawn the elixir of sonic life. Available to pre-order now on The Weird Beard. V by Perhaps 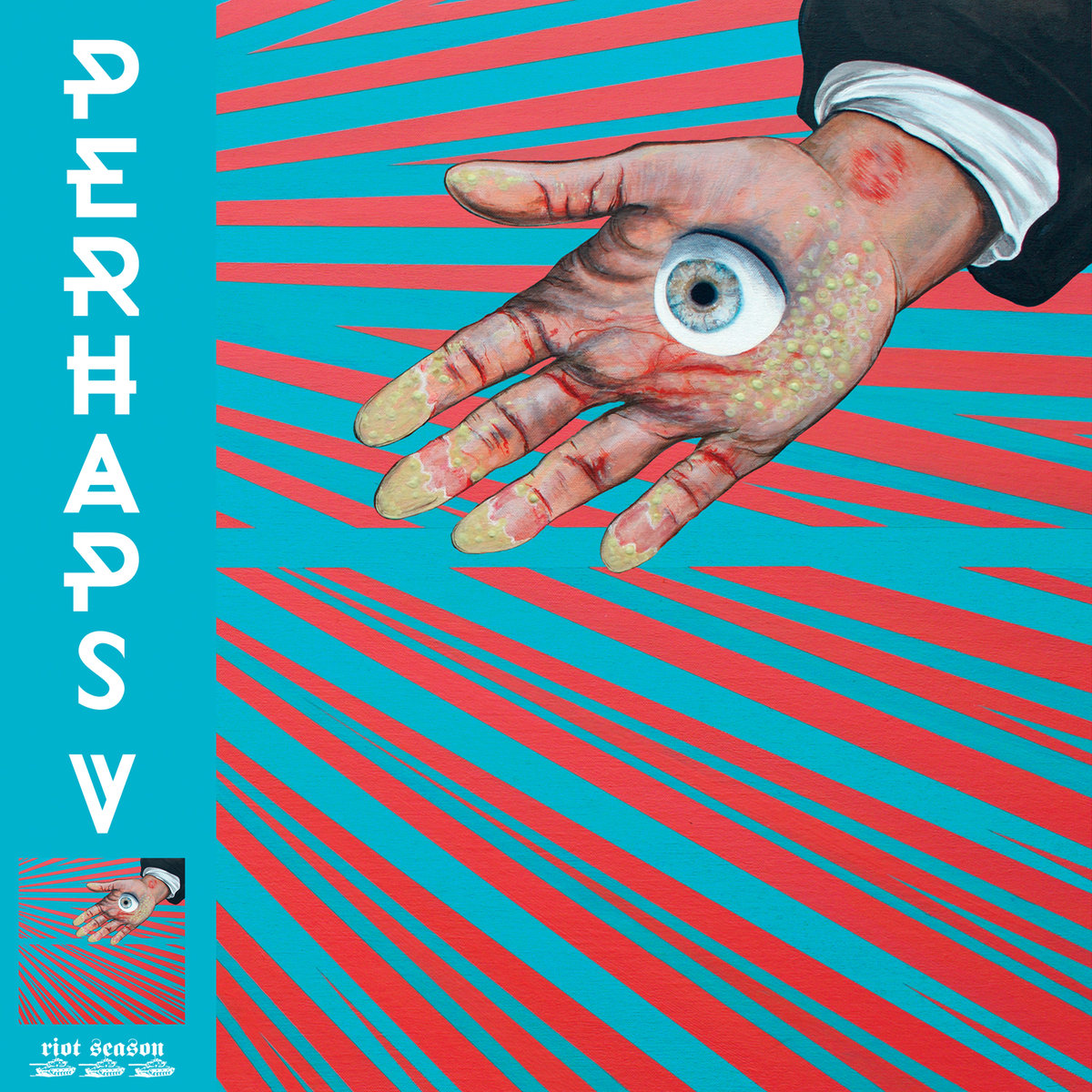 After those three brain-melting cortex mashing motherfuckers of albums, this fifth outing from Boston-based collective might seem an odd choice. Yet I would suggest a closer listen might reveal it to be the perfect come-down as more of this album’s qualities emerge. Like the other records here there are an amazing number of influences and styles coming into this. There are Kraut elements, both in terms of sound and structure… improvisation being the key here. This leads to some interesting free-jazz structures that were also evident in different ways in the previous two albums from Plastic Crimewave Syndicate and TBWNIAS. What I like about this album most, though, is way that it progresses in a way that teases you along and draws you deeper and deeper into its complex sonic web. This is an album that seeks to convince. It is an album that feels big… there are long arcs of sound that only gradually change; the album comprises two glacial tracks that seem to move at geological speed in one sense yet also feel full and alive. There are themes that remain, yet there is also a dynamism here… a sense of urgency… of running out of time. According to the blurb for this album the musicians went out to the Himalayas for an unspecified length of time. The whole visit seems veiled in uncertainty as to what happened… the out come of this album (and the very different alternate versions of the two tracks that are available on an accompanying Cdr) would suggest, though, that they underwent some sort of profound experience because this does feel like a record that is full of meaning that perhaps can only be unlocked with repeat listening, something that will not be a chore. Available not from Riot Season Records. Follow me on Twitter @psychinsightmsc, Facebook, Instagram, and Bandcamp

One thought on “Autumn Round-up”