Skip to content
Date: January 4, 2018Author: Simon 0 Comments
WE’VE MOVED TO ‘THE FRAGMENTED FLANEUR‘ VERY MUCH LOOKING FORWARD TO SEEING YOU OVER THERE. STILL THE SAME GREAT CONTENT, JUST UNDER A NEW NAME. CHEERS! I have been looking forward to hearing this Stupid Cosmonaut album for a while now, and the first few listens did not disappoint. However, when I contacted the band to get some information about the recording of ‘DIGITALIS’ this took much of the album onto a different level for me. 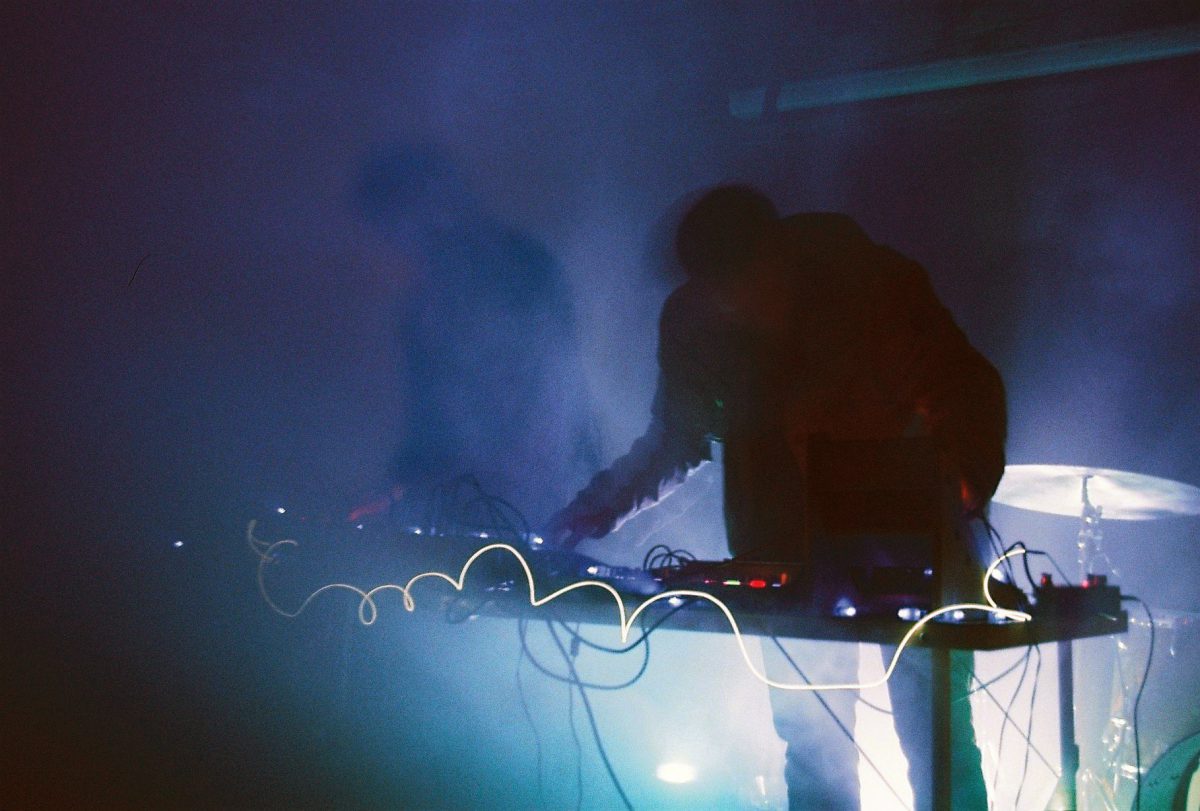 Regular readers will be aware of the band’s previous output: ‘Algol‘, like this album released on Drone Rock Records, and the split album with Boobs of Doom both of which mixed a chilled laid back aesthetic with something heavier and darker; with ‘Algol’ also employing noise to great effect especially on side two of the album. Here, though, it sounds like electronics all the way as the two founders of the band, Steven McNamara and Sam Read, lay out soundscapes that are at the same time unsettling and attractive… drawing you in like synthetic sirens to an uncertain fate. This certainly fits with the band’s aims, as Steven comments:

We always had an intitial theme for the album at an early stage, an alternative, possible future dystopian world called DIGITALIS which has become almost fully synthetic to the detriment of the people who still inhabit the world.

With this in mind the album’s opener ‘Field Trip’ sounds like something of an overture, a scene-setter during which you can imagine being flown over the world that they are describing. There’s lots of movement around a central pulse providing a nice combination of continuity and variance which get’s inside your head and prepares you for the journey ahead. After that it’s straight into what is easily the longest track of ‘DIGITALIS’, ‘Rephlex’ which seems somehow very focussed in from the outset. The beginning of this, in particular, reminds me of early Jean-Michel Jarre (‘Oxygene’ was the first ‘proper’ album I bought as a teenager), something which I am always happy to come back to. ‘Rephlex’ is slow and meditative for some time before new elements of darkness and jeopardy are gradually introduced, and a close listen (and you really need to pay attention to this album to really appreciate it) somehow reveals a narrative that feels tense and unnerving as the sound undergoes subtle changes. Finally, towards the end you get fragments of beats before the whole thing just dissolves… quite a piece. After this ‘Offline’ immediately hit me as having a certain sadness to it, a melancholia that is struggling to get through; then mixed with a defiance as the more substantial beat hits your ears and the track somehow becomes more intense and powerful. This began to make more sense when I heard from Sam Read about his circumstances when recording the album:

For me ‘DIGITALIS’ is really a very personal thing. Most of last year was spent caring for my Mother who I was slowly watching deteriorate along side trying to make something we were passionate about. This made practicing with a full band difficult to organise so I guess it came out as a electronic piece out of neccessity rather than us wanting to do it that way

According to Steven, Sam realised most of the album in this way giving some insight into how the pair work together:

Various personal issues meant we could not rehearse and record as a full band over the summer, but Sam would send me all these demos of almost complete tracks seemingly out of nowhere. Bar ‘Post Human’, all the tracks were initially conceptualised by Sam Read. It was down to me to mix, tweak and add extra elements and polish what were great tracks to begin with. It is a method that seems to work great for us. Ultimately, the sounds kind of fitted in with our original concept and DIGITALIS was born.

To this end I’m not sure that I would have noticed that ‘Post Human’ was appreciably different to the rest of the album. It does have a certain leaning towards Kraftwerk that perhaps the other tracks here do not, but there is a strong continuity here. I really like the sleek and clean lines of this track, and there is a certain sense of purpose to it that engenders it to the Bauhaus movement somehow for me. This brings us to the last two tracks which, movingly, Sam reveals:

The title track was written on my laptop at the end of [my Mother’s] bed in the hospice two days before and the final track a few weeks after her death they are really reflective pieces. It’s a very sad listen for me now but it’s full of emotion and has some really powerful moments in there.

When you know this ‘Digitalis’ is an intense listen, and there are indeed powerful moments here, but also a real lightness of touch here too. There’s a real sense here of a mind working through a process, and it has only been when I have really listened closely to this track now that I begin to realise the layers that it has, and the nuanced sounds that connects them together. Then at the end, and I might be reading too much into this, it feels like a tolling… Which brings us to the final track, ‘Sadness and Euphoria’. I have to say that once I read Sam’s quote above I began to see how this elegiac track is so replete with feeling and emotion, and it reminded me of Belatedly by ORE, which I reviewed late last year and which was recorded around similar circumstances. ‘Sadness and Euphoria’ has a real weight to it and, with the occasional bass booms there is a sense of unexpressed feelings falling just below the surface. There is also a sense of progression to the track too, though; as the early heaviness is replaced by a thoughtfulness in the middle section, ending in a very final sounding single drone at the end… the machine now exists independently. Stupid Cosmonaut have produced an album of zoned out electronica that, on the face of it, sounds quite ambient. Scratch below the surface though and you open yourself up to something of a sonic solar system where due respect is played to the history of the genre without ever being beholden to it. More than this, though, the band have brought warmth and feeling out of a atmosphere of cold intensity. Within this there is a real narrative being acted out, but Stupid Cosmonaut leave it up to the listener to decide on their own ending.

‘DIGITALIS’ is released by Drone Rock Records, and is available to pre-order here.

Hey, Thanks very much for reading my blog, I really appreciate this. I write it as a labour of love to help me enjoy music, and to give something back to the many talented people who put out these incredible sounds. To make it as enjoyable as possible for others I do pay extra so there are, for instance, no ads on these pages; but it would be great if I could recoup that money back. So, if you’ve really enjoyed your visit here and have found some music that you think is amazing, why not buy me a coffee (I write in cafés a lot) by clicking the “make a donation” button below. Cheers…